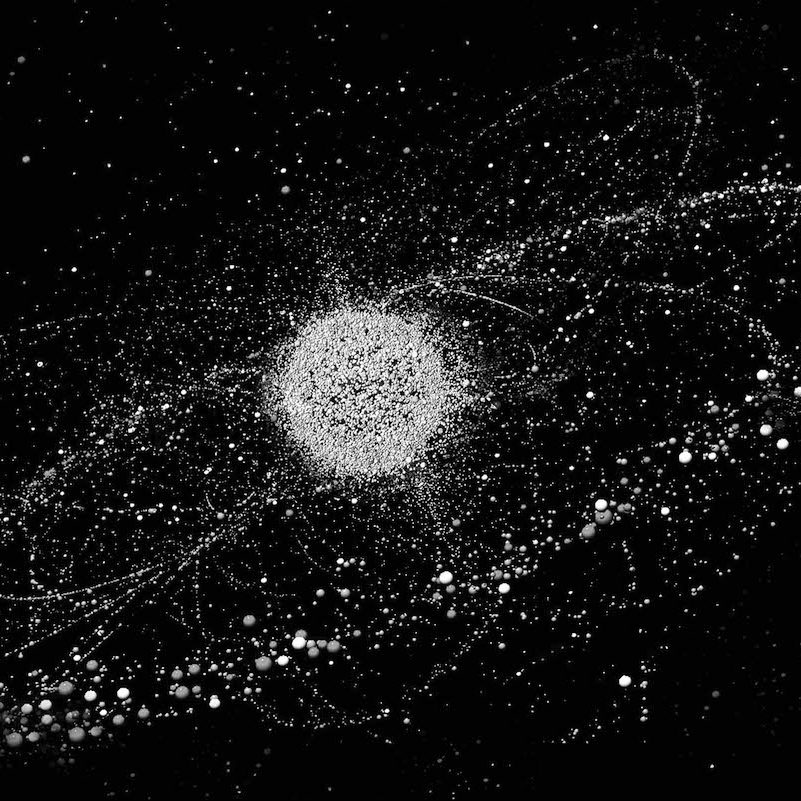 SPACE WAST LAB is the multi-year living lab with the European Space Agency and Studio Roosegaarde to draw attention to the problem of waste in space and to offer solutions.
In the SPACE WASTE LAB PERFORMANCE sub-programme, Studio Roosegaarde visualises waste by tracking it in real time with large beams of green light.
By 2025, they want to have developed a method to turn the waste into artificial Shooting Stars.

A problem we are not yet aware of, but which affects us all and for which we are all responsible.
For example, I publish a text that is theoretically visible to every person in this world who is digitally networked. I myself have to network to get all the information, deal with a global problem and publish the whole process digitally. To make this possible, we have to reach for the stars, because this global networking is only possible through satellites and thus the use of outer space.
At the end of July 2020, there were almost 2,800 satellites orbiting the earth. If one breaks down, it is replaced but not disposed of because little thought has been given to the resulting waste. While we are beginning to see the growing waste problem on Earth, outer space is still beyond our horizon. The waste is simply invisible.
So it happens that at the moment 29,000 objects (larger than 10 centimetres) are flying around our earth and littering our space.

By creating the artificial Shooting Stars, Studio Roosegaarde and the ESA are turning the ugly and unpleasant, namely space waste, into something beautiful worth seeing.
Drones are to be sent into space, which will capture the waste particles with a net. This “package” will be transported back to earth in such a way that everything burns up in the atmosphere. All that remains and is visible to us is a bright glow, an artificial shooting star.

The project not only provides a solution for the disposal of waste in space, but also addresses a problem that has just been discussed again. New Year, fireworks, lights, rubbish, air pollution at its best. Perhaps a tradition that has long been outdated? But perhaps there is a lack of alternatives?
The Artificall Shootingstars enable an artificial natural spectacle in the darkness all over the world that makes every rocket go cold. An art project that makes the unpleasant clean-up worthwhile and lights up a new tradition.