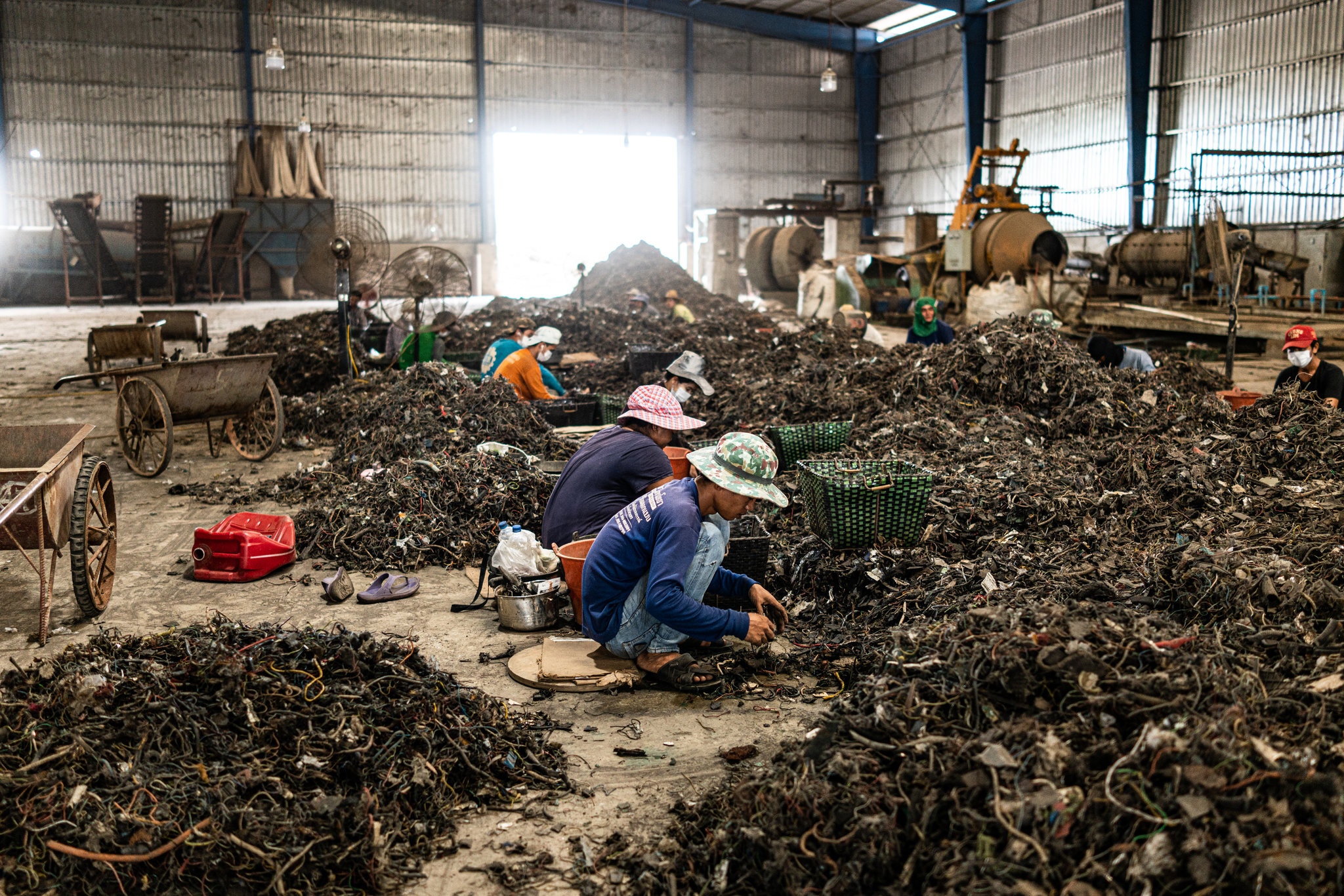 The e-waste industry is booming in Southeast Asia, frightening residents worried about their health. Despite a ban on imports, Thailand is a center of the business. … Thailand in particular has become a center of the industry even as activists push back and its government wrestles to balance competing interests of public safety with the profits to be made from the lucrative trade. Last year, Thailand banned the import of foreign e-waste. Yet new factories are opening across the country, and tons of e-waste are being processed, environmental monitors and industry experts say. “E-waste has to go somewhere,” said Jim Puckett, the executive director of the Basel Action Network, which campaigns against trash dumping in poor countries, “and the Chinese are simply moving their entire operations to Southeast Asia.
…
While Southeast Asian nations like Indonesia, Malaysia and the Philippines have rejected individual shipments of waste from Western countries, Thailand was the first to push back more systematically against the electronic refuse deluging its ports. In June of last year, the Thai Ministry of Industry announced with great fanfare the ban on foreign e-waste. The police made a series of high-profile raids on at least 10 factories, including New Sky Metal. “New Sky is closed now, totally closed,” Yutthana Poolpipat, the head of the Laem Chabang Port customs bureau, said in September. “There is no electronic waste coming into Thailand, zero.” But a recent visit to the hamlet of Koh Khanun showed that the factory was still up and running, as are many others, a reflection of the weak regulatory system and corruption that has tainted the country.
…
Foreign e-waste might be smuggled into the country mislabeled as scrap, said Banjong Sukreeta, the deputy director general of the Department of Industrial Works. “Ask customs about falsified declarations,” he said. “Rules are not enough if the people who implement them are not up to it.”
READ the full article