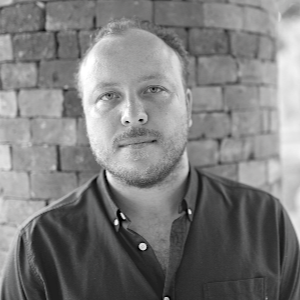 Louis Henderson. Courtesy of the artist.

Louis Henderson is an artist-filmmaker and writer whose research-based practice takes on an archaeological approach to filmmaking, unearthing the multitude of layers that underlie an image. Henderson’s research interests are concerned with understanding the current global condition and how it has been shaped by capitalism, history, technology and colonialism. His critical documentary-fiction films call forth new ways of engaging with subject matter, allowing for new forms and understandings to emerge.

“I was born in the cinema but started making films through the library. Now I have learned to sculpt films from clay and water – I have not yet reached marble, as I prefer to dirty my hands in the mud.”
Louis Henderson. On: Vimeo. URL: https://vimeo.com/louishenderson [Accessed on 24 November 2020].

” I never write scripts, but rather notes and ideas, and then I look for material and locations that will have a historical resonance and attachment to the topic, this usually takes place in an archive and on the Internet, this may then lead to visiting these locations as a kind of topographic study. Then the gathering of material happens, either with a camera, a sound recorder, screen capturing software, a youtube downloading website, 3D image generating software etc. Then editing/collaging/moulding, and then finally writing. I write my films in the stages of post-production. The pattern could be: “…first, there is the idea, then there is the matter, and then the form…””
Louis Henderson. On: Video Data Bank. August 2015. URL:https://www.vdb.org/content/vdb-asks-louis-henderson [Accessed on 24 November 2020].

He is a member of the artist group The Living and the Dead Ensemble.

Lives between France and Germany.
1983 | Born in Norwich.uk 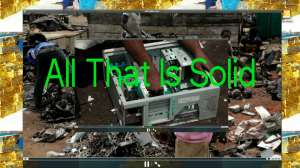 Louis Henderson: All That is Solid. On: Spectre. URL: https://www.spectre-productions.com/en/catalogue/all-that-is-soli [Accessed on 24 November 2020].